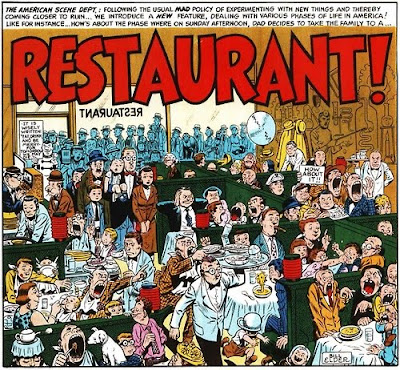 The mad chaos of The Cafe Of Unwed Mothers on a Sunday morning :

Check it. Nearly every table occupied. A colorful zoo of hipster twits and their lesbo sidekicks shoveling down faux vegan fare while their sugar adrenalized children shriek and tear about the play area that doubles as a stage at night. The mad bird squawk of it all. The self indulgent spray of politicized chatter speckled with bits of food and spittle. The tattooed and multi-pierced children bashing each other to tears. The ambulance howl of a hundred dogs tied to a sign post outside. Each and every one, in the absence of their owner, suffers the canine blues while the work weary staff, with plate laden arms, shout customer names into the raging reggae sea that blares from the sound system -

You, in a bubble of hang over induced silence, think about that old adage [popularized, you believe, by Laura Esquivel’s Like Water For Chocolate ] that it is possible to taste passion, or even love, in a well prepared meal. How, at times, a chef’s very disposition can reflect itself in the dishes that he creates and how, right now, you are sure that not only can you taste the cook’s resentment or dissatisfaction with his work but also the almost over powering bitterness of severe sexual dysfunction…

You push the plate away.

“There’s something wrong with it.”

Your breakfast companion snatches up one of your rosemary sprinkled potatoes.

“Tastes fine to me.”

Your breakfast companion scrunches up her face.

“Nothing a hot oil massage from a Swedish nymph and a pay raise wouldn’t fix.”

She has no fucking clue what you’re going off about but rants from you aren’t unusual so she plays the straight man.

“Technically speaking, there’s nothing wrong with the food. It’s the same old veggie and hash that I always get. Only today - today - there’s a problem with the chef. He’s frustrated. Impotent. And it’s so bad that I can taste it.”

You unenthusiastically push food around the plate with your finger.

“Look at this … it’s limp. Lifeless. It has no joie de vivre. Right like that fucker behind the grill. "

You stab a finger towards the open kitchen.

"You know a lot of food at a whole lot of places would be a hell of a lot better if they just paid a little more attention to the mental health of their staff. Like this place. It’s a mad house. How in the hell does one expect their employees to come here, day in and day out, and keep their sanity. I couldn’t do it.”

You slump back in your seat.

The front windows rattle as a transit bus rumbles down the street.

“So you’re saying, the problem with your breakfast is that the cook needs to get laid?”

You wipe your fingers clean on a napkin.

” He needs one of the bus boys to drag him out behind the restaurant and bang him furiously up the ass.”

“And that would make you happy?”


Another Day At The Big House 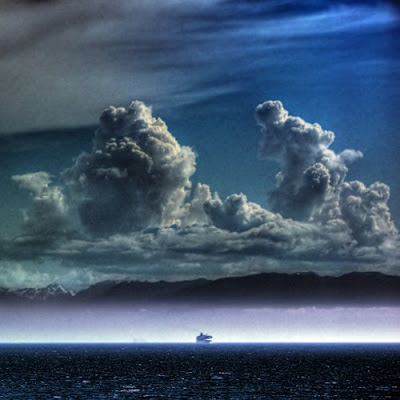 " A huge cruise ship emerges from the bright fog on the Strait of Juan de Fuca. The cruise ships were all late today because of this thick fog. Those are moutains under the clouds."

This was my view from work today...


For Love Or Money If you're so great, why aren't you rich?

The only âproblemâ? Oh my god, no oneâs making money off all these blogs and personal websites and zines and chats. So they canât be real. They canât count. If they were any good, theyâd turn a profit, right?

Just like cave painters had three picture deals. Just like Shakespeare had licensing partners. Just like Mozart was a millionaire, Van Gogh was pursued by paparazzi, Nijinsky had his own MTV pilotâ¦ "
from Everyday Matters

For some it's loneliness. Others seek approval. Some have got something to sell or stories to tell but for most of us, we just can't help our selves.

Like a crack head jigging with coke-psychosis or Johnny Broken, off his meds again, riding a schizoid rocket -- its gotta come out and circumstances be damned. If it doesn't happen here, it's gonna happen on the streets man. Without the internet all these bloggers would be talking to themselves on the bus, making a fuss at the 12 items or less check out stand ... reading poems about cats aloud to the crowd or just grabbing their crotches going -- "click this, click this."

Yeah, for some of us, it's a sickness.

Image from Mister Wonderful by Daniel Clowes. ( via)

The site foreman has himself a new ward - hired from a temp labor agency - a fresh faced, know nothing kid named BOB who practically glows with pride at being the boss man’s little bitch …err … gofer.

Bob turns toward the sound.

Of me painting a bathroom door.

A light flickers on in Bob’s eyes. I click my tongue.

BOB : Oh that. Well, it’s only harassment if the proposition intimidates me.

"Nothing wounded goes up hill, he said. It just don't happen."

There is no truer statement about story telling then character is action and McCarthy has that down in spades. It's amazing just how much he can reveal about his characters through deed alone. With prose as sparse as the southern landscape through which they travel, it's like we're reading body language. 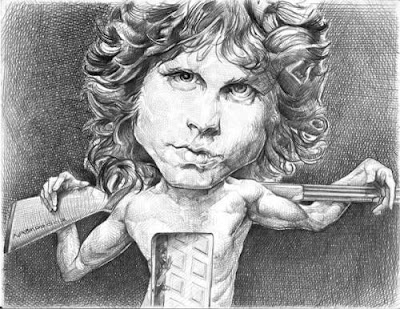 Hung over, painting trim in the mansion on the hill. The electricianâs boom box sounds half a world away :

For a second, youâre thinking - Tom Jones? Covering The Doors?

And then it hits you, if Jim Morrison were still alive today, he would be playing Vegas show rooms. Still wearing the same leather pants, wrinkled as a Sun Rype raisin. An acid fueled revival of faded glory - dick out, fending off the broads with his walker. 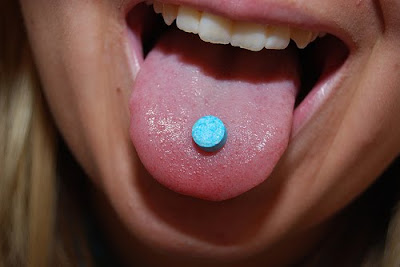 I don't need one of those pink pills with the elephant imprinted on it. I get a contact high soon as I enter the room.

*
Image via The Publics.

Swans on the flooded pumpkin patch beside McNally's farm. White and orange on blue.

Golfers on the green. Dawn golden in the dew. 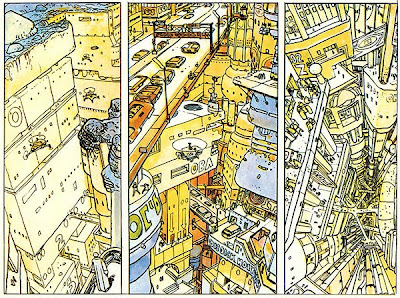 Iâm about to delete yet another post when my bedroom door explodes inward and a booming voice says,âDONâT TOUCH THAT BUTTON!â

Shit. Itâs management. Theyâre onto me.

Ready to drop the bomb, my finger hovers over the keyboard.

âThatâs what they all say.â

The suit standing in the doorway pulls out a stunner. The gun jerks in his hand.

The electrified dart whizzing toward my face in slow mo cuts a new part line in my hair before embedding itself in the wall.

Another dart. Another near miss.

âIâm obsessing, thatâs all. Let me set it free!â

Feathers burst from the pillow to my left.

âIf it doesnât feel real, then whatâs the point of saving - â

The next dart catches me in the throat and I go down.

Because I am paralyzed and drooling on the floor, I donât get the chance to explain that I am not Kerouac - that writing really is rewriting.

Only wet sounds escape my mouth.

I donât get the chance to pledge allegiance to the creative and all her whims - good or bad.

Donât get the chance to detonate the home made bomb that I carry around in my backpack.

The suitâs shadow falls over me.

âAgent West, you are in violation of Acts 365, 367, and 369 of the Bloggers Code. Thou Shall Not Repost, Thou Shall Not Blog About Blogging, and Thou Shall Not Publish Before It Is Time. How do you plead to these charges?â

Heavy footsteps sound in the hall.

That was two days ago.

I can remember them dragging me out of the house and strapping me into an awaiting gurney.

Everything after that is a blur.

The endless hallway - white on white on blinking white. A cursor moving backwards through my life. A doctor made of pink porcelain. A scalpel made from a spiders leg. A staple gun pressed against my tongue. A nurse with an elephants trunk and seventeen arms taking a pencil eraser to my eyes.

But this morning when I woke up in my room, back in my life, the whole incident felt far away.

Instead of fear and trauma, instead of plain freaking out - I felt elation.

Because today, instead of a thousand different doubts pulling me in every direction, there was only one thought in my mind :

No need to change anything. I feel fine.


From The Bottom Of The Aqaurium

Posted Thursday, November 06, 2008
Three days chill. Ocean cold in the folds of your clothes and then biblical downpour. Noah at the lumber supply store examines the diagrams that he scribbled on a cocktail napkin the night before.

"Cubits," he mutters, looking about. Feet. Inches. "What in the hell is a cubit?"